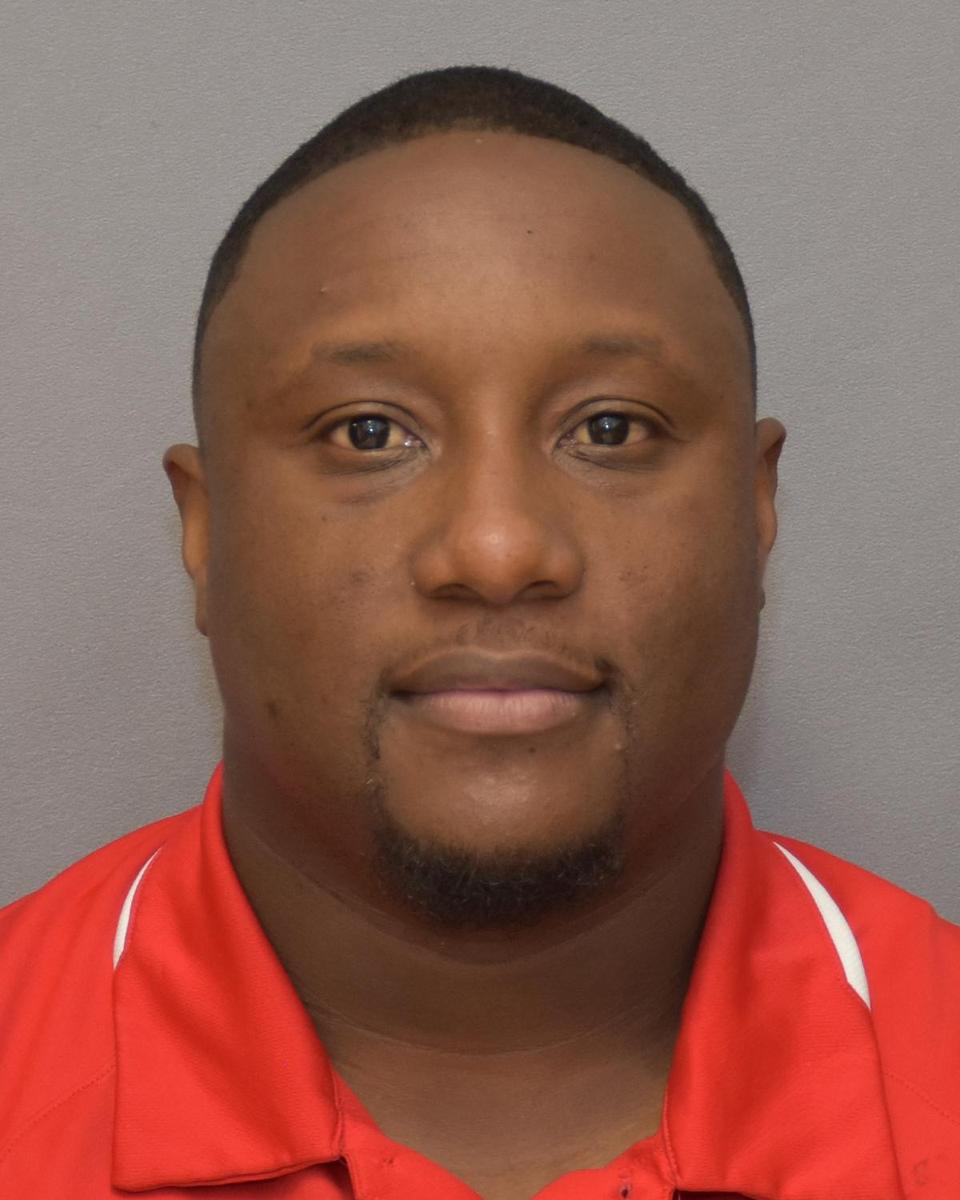 I am married to Jacqueline Barnes and we have three daughters, JaToryia, Brookline, and Jaceline. Outside of teaching and coaching, I am the Associate Pastor at Roberts Missionary Baptist Church. I am a 2001 graduate of San Augustine High School. After High School I attended Stephen F. Austin and East Texas Baptist University. I played one year of basketball at Stephen F. Austin and three years of football at East Texas Baptist University. I graduated from Stephen F. Austin in 2006 with a Bachelors Degree with a major in Kinesiology and a minor in English. Shortly afterwards, I was employed by San Augustine ISD to teach and to be an assistant coach. In 2008 I became the Head Basketball Coach, and have won over 250 games in 13 years. Throughout my tenure as a head basketball coach, we have a state tournament appearance, two regional tournament appearances, four region quarterfinal appearances and four district championships. I have also been named district coach of the year four times, and was named the Don Coleman Outstanding 2A Coach of the Year by the Texas Association of Basketball Coaches in 2017.  During my time as an assistant football coach,  we were in the playoffs ten years, won five district championships, regional finalist once, and state semifinalist three times. The previous six years, I served as the offensive coordinator where our team averaged over 40 points per game. In 2019 we were in the top five in the state in ppg from 1A-6A averaging over 55 ppg. I have served as head track coach since 2015. During that time, we have won two district championships, two Area Championships, and was crowned State Champions in the 4x200 relay in 2018. We have had several other relays and individuals qualify for the state track meet. 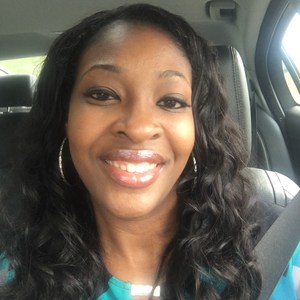 Jacqueline Barnes
Head Volleyball & Head Track Coach
I am the Head Volleyball and Head Track Coach. Track is my favorite sport. I coached for two years in Jasper. I coached for three years in Hemphill. Although I had talented and wonderful athletes at both these places, my heart was always at San Augustine. I have now been coaching for three years at San Augustine and I can now truly embrace my love and passion for sports because I'm home and HOME IS WHERE THE HEART IS. I grew up in an athletic atmosphere. Everyone in my family is very athletic and growing up I didn't see sports as an option but instead a way of life. During my career, I had coaches that really helped me. They taught me things that I would be able to carry on throughout my life. They made an impact on me and I strive to make an impact on those around me. I believe in giving back and paying forward, so I vowed that I will pass along all the knowledge and wisdom I gained to every athlete I came across. Coaching is an action, it teaches determination, dedication, perseverance, and self-motivation. I believe all athletes CAN if THEY WILL. I coach not only because I love sports, I coach because I love to see the athletes succeed. "A good coach will make his players see what they can be rather than what they are." Ara Parasheghian. In my free time, I like to spend time with my family, workout, and shop online!!!! 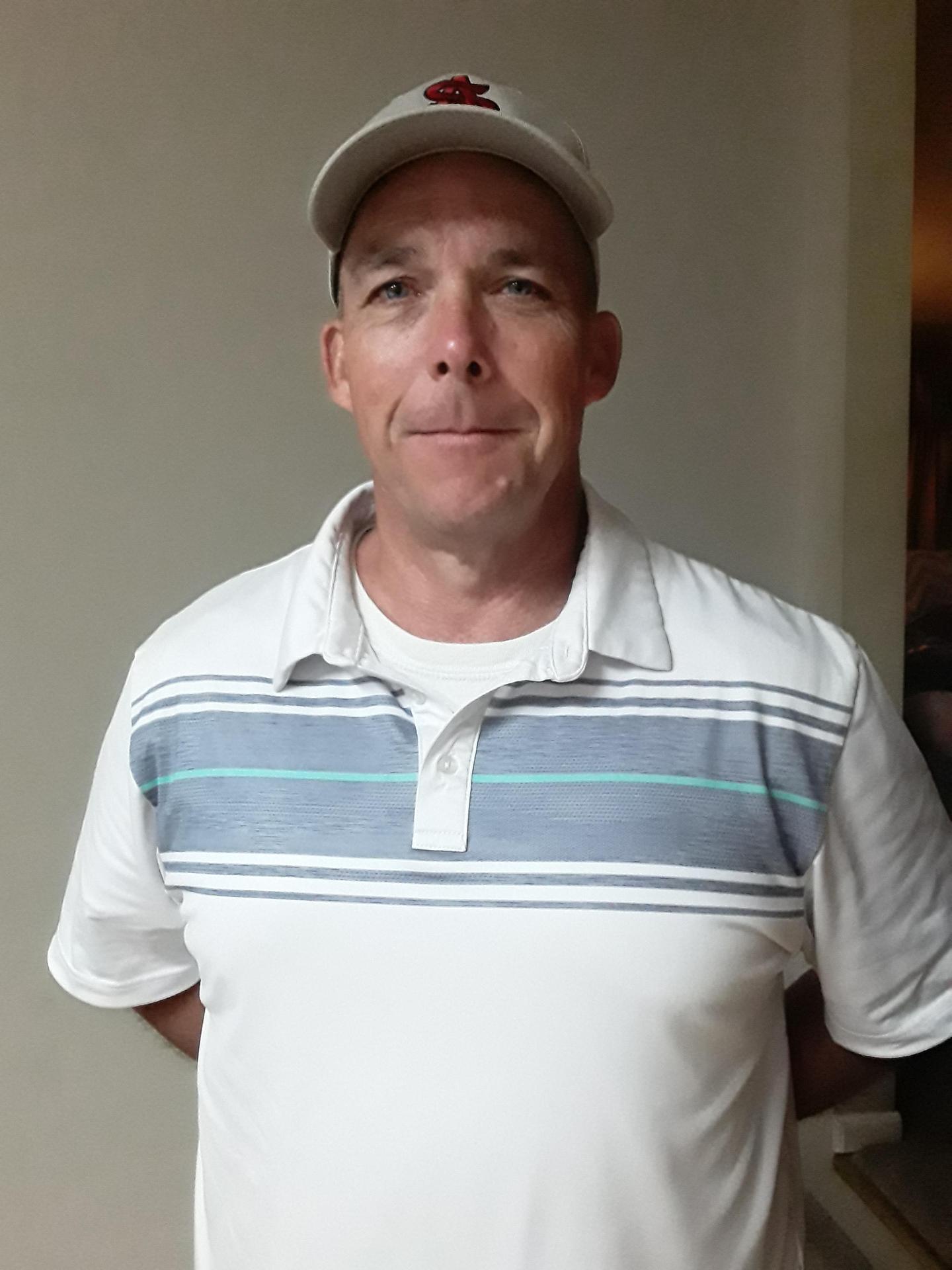 Wes Little
Football & Baseball
My name is Wes Little. I am married to Denise Little and we have 5 children together. I grew up in San
Augustine and graduated from San Augustine High School in 1985. After high school, I attended Stephen F.
Austin State University and played on the Lumberjack golf team. I graduated from Stephen F. Austin with a
Bachelor of Science in Kinesiology and a minor in Business Administration. I am also a proud veteran of the
United States Air Force, where I served for 4 years at Minot AFB in North Dakota. In 1997, I started my
teaching and coaching career at San Augustine High School. I am certified in Business, Technology, Physical
Education, and Speech. I have spent the majority of my career teaching Business and Technology classes.
During my first stint at San Augustine High School, I was fortunate enough to have been a part of the 2003 2A
Division 1 State Champion Wolfpack. I have taught at 3 schools(San Augustine, Broaddus, &amp; Livingston)
during my teaching career which now spans 26 years. I also currently serve as the pastor at Chinquapin
Missionary Baptist Church. I enjoy spending time with my better half, playing golf, hunting, and fishing. I am
looking forward to this upcoming school year, and it is great to be coming home. 75972 SA!!!!! LET&#39;S GO
WOLVES!!!!. 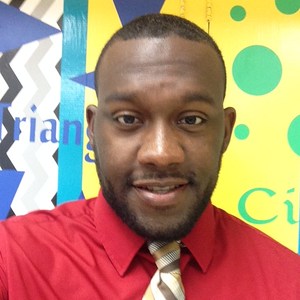 Michael Randle
Football, Basketball, & Track Coach
Track is my favorite sport. I have coached at San Augustine for 5 years now. I believe coaching gives you the best opportunity to be a major impact on the youth today. A great coach will have a lasting impression on the minds of young men and women that they come in contact with. In my free time, I enjoy spending time with my family and reading. 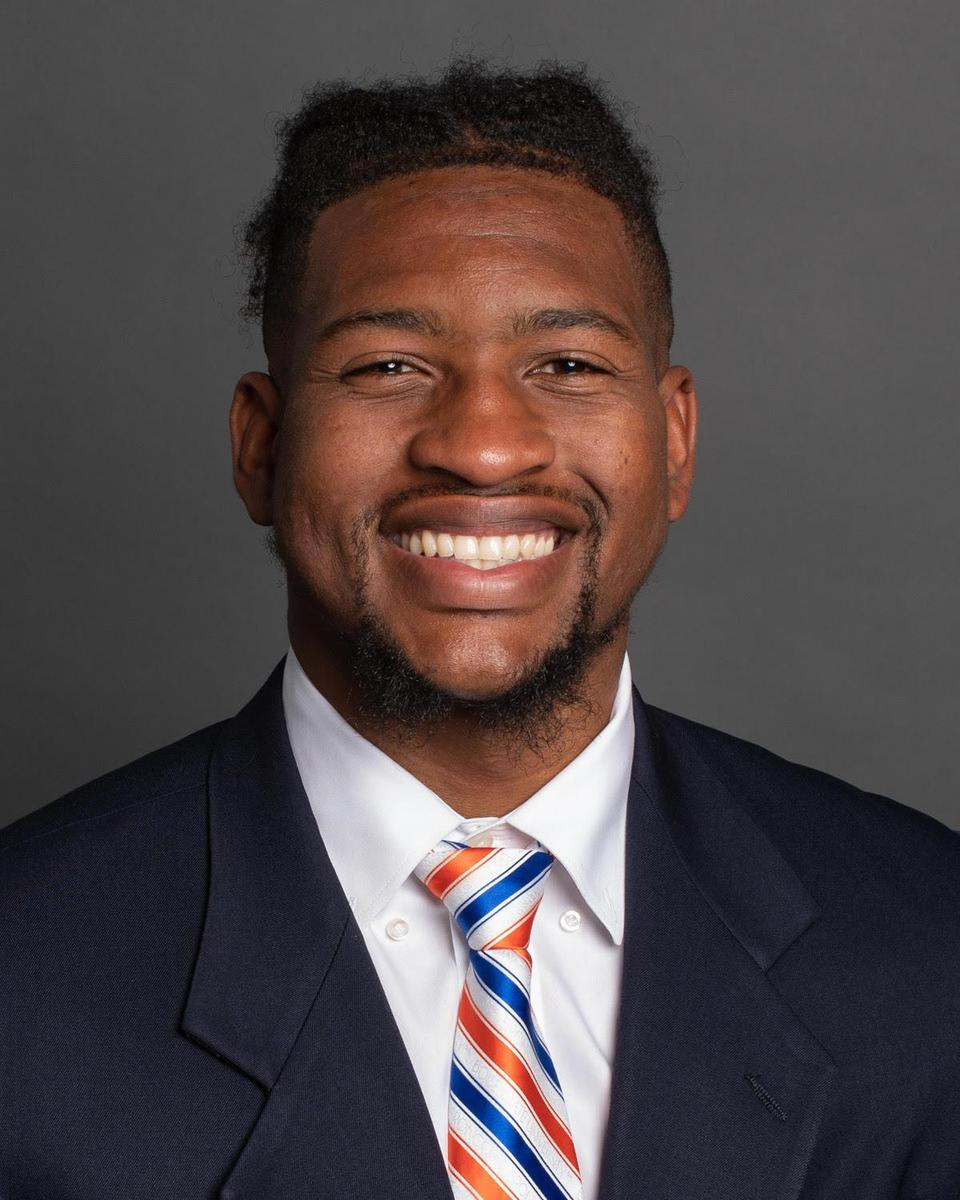 Octaxius Evans
Football & Basketball
Coach Evans is in his first year of coaching and teaching in San Augustine high school. He received a
bachelor degree in communication at Boise State University. He is happy he gets to do the things
he’s passionate about most. He will be coaching high school football, basketball, and powerlifting. He is very excited to get this school year started and help impact the San Augustine community. 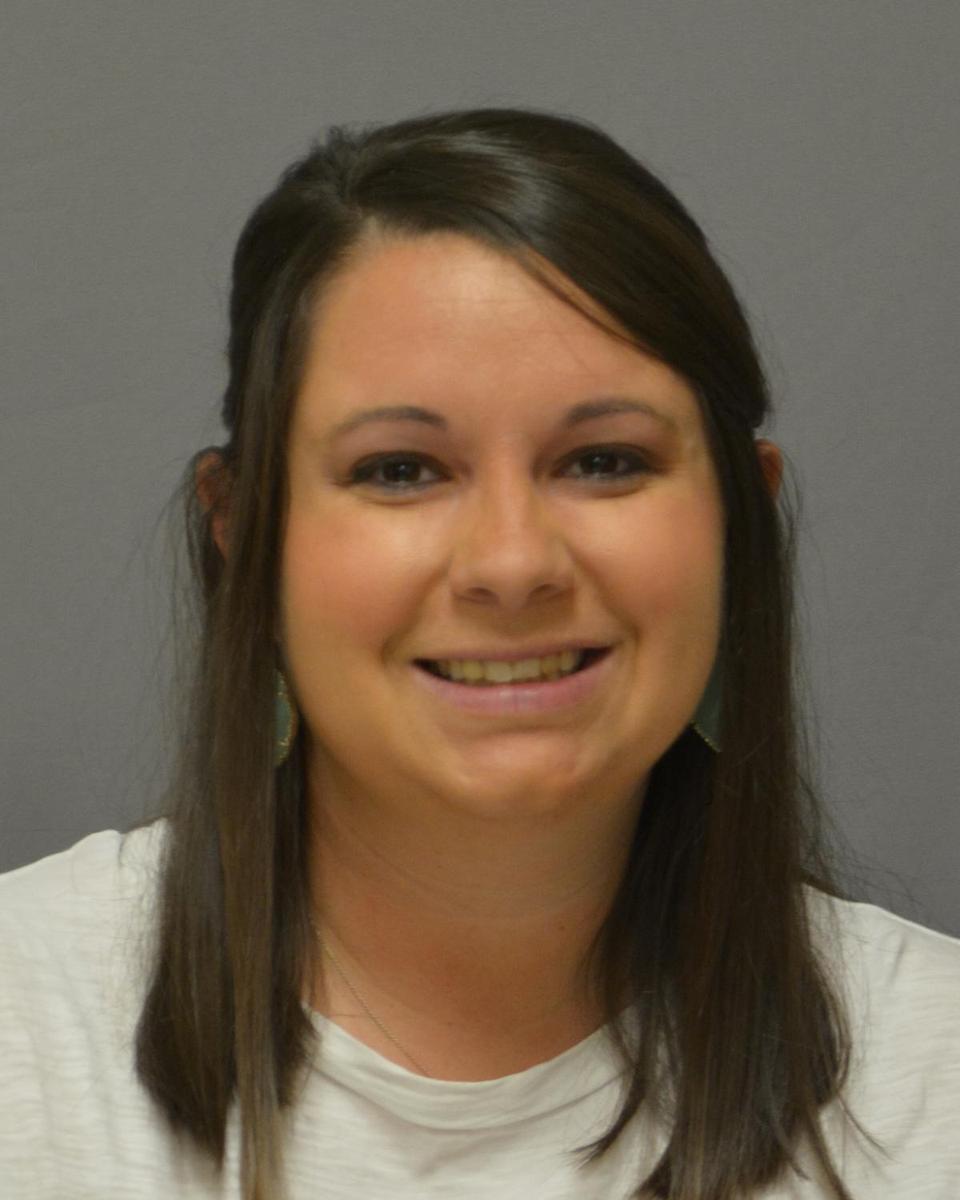 This is my 10th year to coach tennis and my first at San Augustine. My first 9 years were spent at Medina Valley HS in Castroville, TX. I played tennis in high school and have enjoyed getting to see the sport from the coach's side. I love being a part of the coaching staff and I'm looking forward to my children growing up around athletics. Outside of school, I enjoy traveling, reading, and spending time with my friends and family. 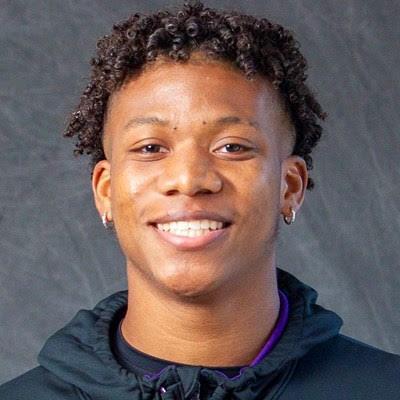 Justin Garcia
Football & Basketball
Football Entering my first year of teaching and coaching following college graduation. Recent
graduate from Stephen F. Austin! I look forward to helping this program prosper educationally
and athletically. I plan on leaving a positive impact on the community and students while
growing into the best coach I can be. 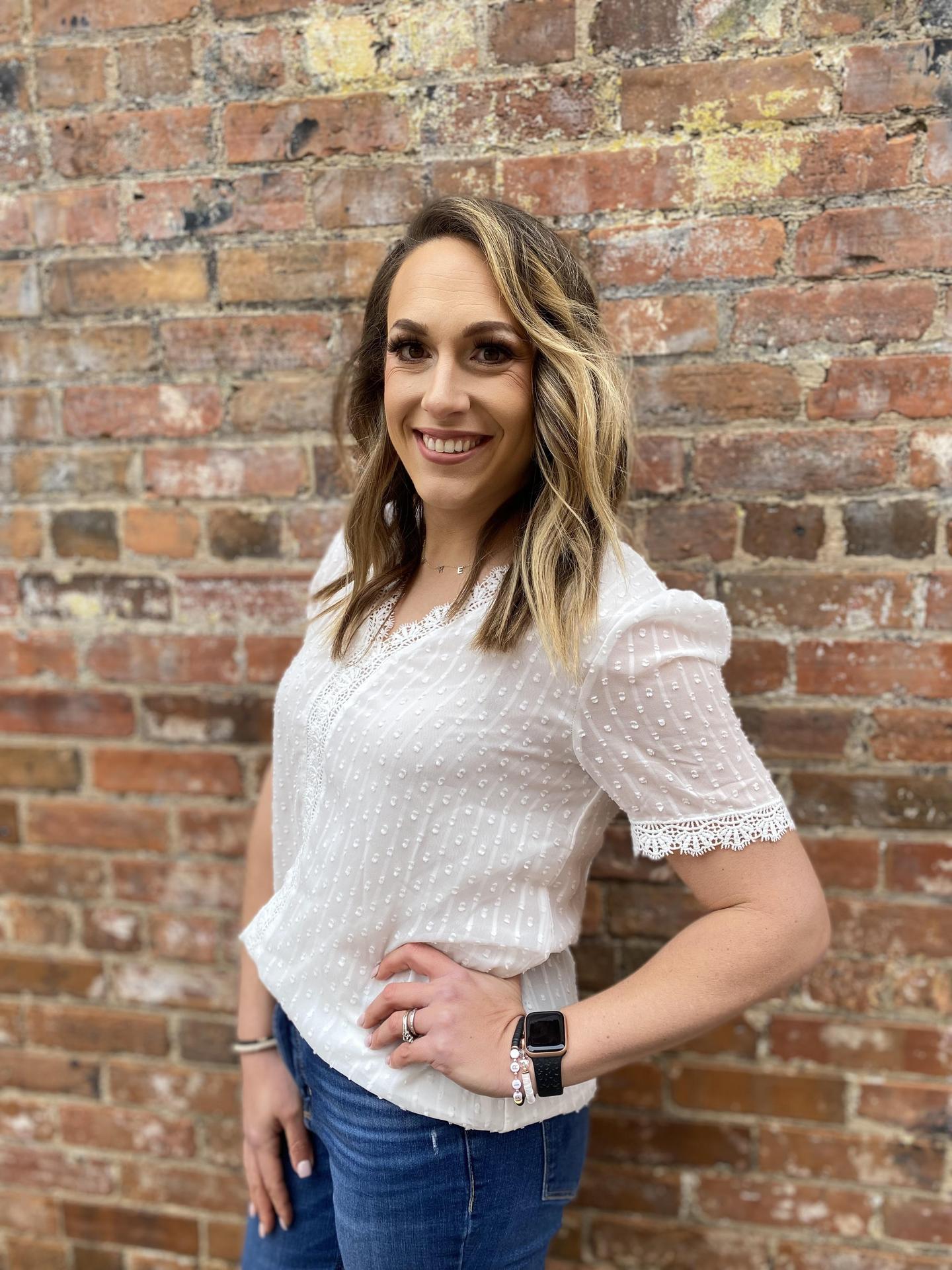 Alica Sexton
Volleyball
Alica Sexton will be entering her 12th year of teaching. She attended Oklahoma Wesleyan University in
Bartlesville, OK where she played volleyball and track all four years. She and her husband Chris are both
excited to be teaching and coaching at San Augustine and are proud to add their own two children to the Wolf
Pack family. Coach Sexton will be teaching 7&amp;8 grade social studies and will be coaching volleyball,
basketball, and track. She looks forward to an excellent year at San Augustine. 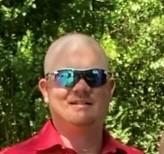 Chris Sexton
Football & Baseball
Coach Sexton is 35 years old and entering his 10th year as a teacher and coach, and 1st year as
Offensive Coordinator and Head Baseball coach at San Augustine High School. Coach Sexton comes to
San Augustine from Groveton where he spent the last 4 years serving as the Offensive Coordinator 4
years, assistant baseball 3 years and Head Softball 1 year. Prior to Groveton he served as OC and Head
baseball coach at Garrison for 2 years, and Head baseball coach and assistant football coach at Dawson
for 3 years being name defensive coordinator his last year. Coach Sexton is a social studies teacher and
will be teaching mainly World Geography and one class of World History. Coach Sexton graduated from
Royse City High School in 2005, and received his college degree from Oklahoma Wesleyan University, in
Bartlesville, OK. Coach Sexton has been married to Alica Sexton for 11 years, who teaches at the Junior
High here at San Augustine and also serves as assistant volleyball, assistant track, and assistant
basketball coach. They have a son, Wyatt (9) and a daughter, Anistyn (5). 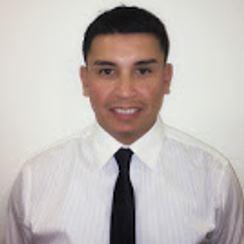 Victor Turcios
Cross Country
My name is Victor Turcios-Rivera and I am proud to be a new member of the San Augustine ISD Wolfpack. I am excited to begin this school year as the High School Spanish Teacher and Cross Country coach. I come from San Diego, California where I enlisted into the United States Army shortly after high school. While serving my country I earned a Bachelor's Degree in Transportation and Logistics Management from the American Military University. Currently I am pursuing a Master’s Degree in Education from Stephen F. Austin State University. My professional repertoire includes 15 years of military experience in Logistics, Operations, and Training. This will be my first year teaching and I am thrilled and blessed to start my new career as an educator in the reputable SAISD.  I look forward to working together with the Wolf Family and to be part of the growth and development of our children!! 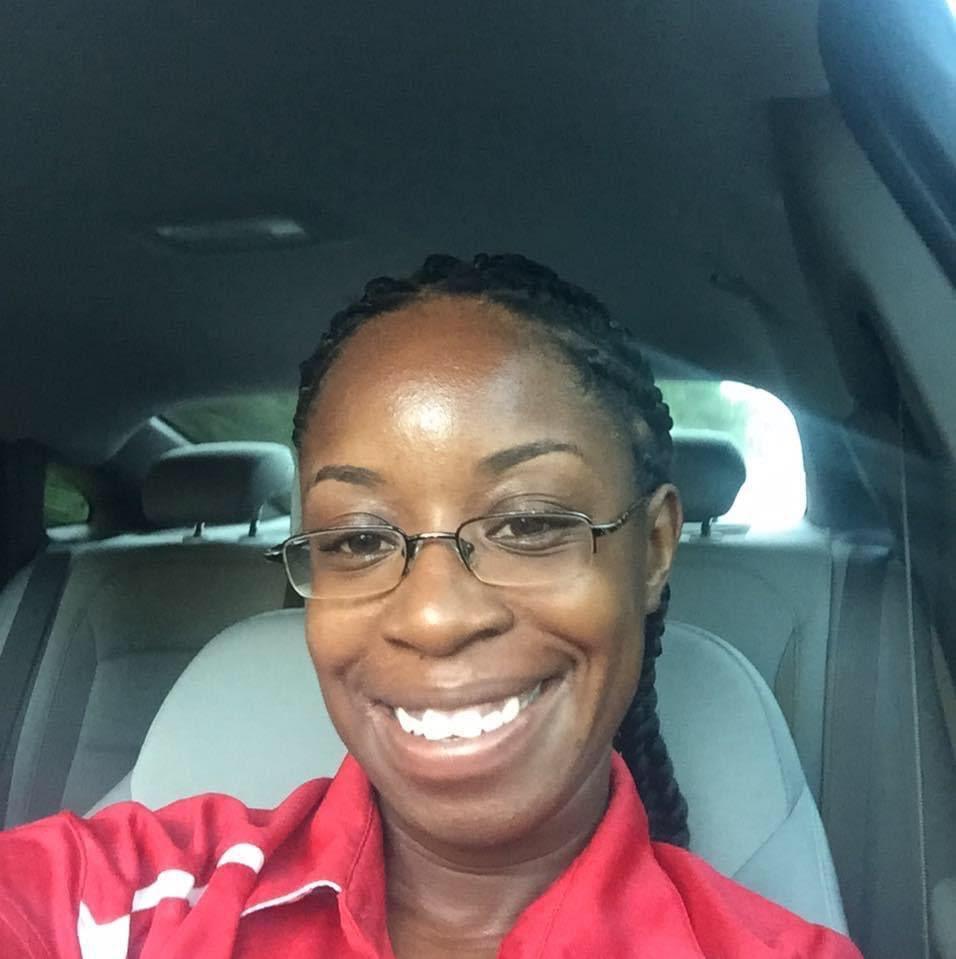 Shakoya Cartwright
Basketball
My name is Shakoya Cartwright, although most people know me as Coco. I have a 4 year old son, Jayce, who
is a ball of energy! I have a true passion for kids, mentoring and leading. I’m originally from Shelbyville, but
very excited to be a WOLF NOW. I have been a teacher/coach for 9 years. My life would have been completely
different if it wasn’t for my coach/father, Kevin Gracie, so I make sure to be the same type of coach he was for
all of us. Iron sharpens iron, therefore we all have to help each other. I graduated from Hardin-Simmons
University, where I also played collegiate basketball. I received my masters from SFA. My son and I are
extremely excited to join the WOLF PACK!